The new Spring 2016 collection from New York designer, Carolina Herrera will be here August 28th and August 29th Trunk Show. These beautiful gowns will only be in store on these two days so be sure to schedule your appointment now.

Let’s take a closer look at the designer.

Born and raised in Venezuela, Carolina Herrera was exposed from early on to international culture and fashion. At age 13, her grandmother took her to Paris to see the Cristobal Balenciaga haute couture show. As she elegantly puts it: “My eye was accustomed to see beautiful things”.

Renowned for her impeccable elegance and timeless style, Carolina Herrera was considered in the 1980s one of the best-dressed women in the world. As a true empress of style and artistic muse she inspired pop-art icon Andy Warhol was photographed by the world’s most celebrated photographers.

Carolina Herrera presented her first capsule in New York in 1981 with encouragement of Diana Vreeland, legendary Vogue Editor-in-Chief. The very first runway show was held at Metropolitan Club, a New York City landmark and institution. The first collection was met with great editorial acclaim and commercial success. Hence, the Fashion House of Carolina Herrera was born.

As an internationally renowned fashion designer and mother of four daughters, Carolina Herrera is a true matriarch. She leads her family with pride, having built a rich heritage and legacy passed on from one generation to the next.

In the spirit of family-run companies, mother and daughter work closely together. Carolina Herrera de Báez joined the family business in 1997 as a creative director at Herrera’s House of Fragrances. Today she is the image for CH Carolina Herrera, lifestyle collection and an advisor to her mother. 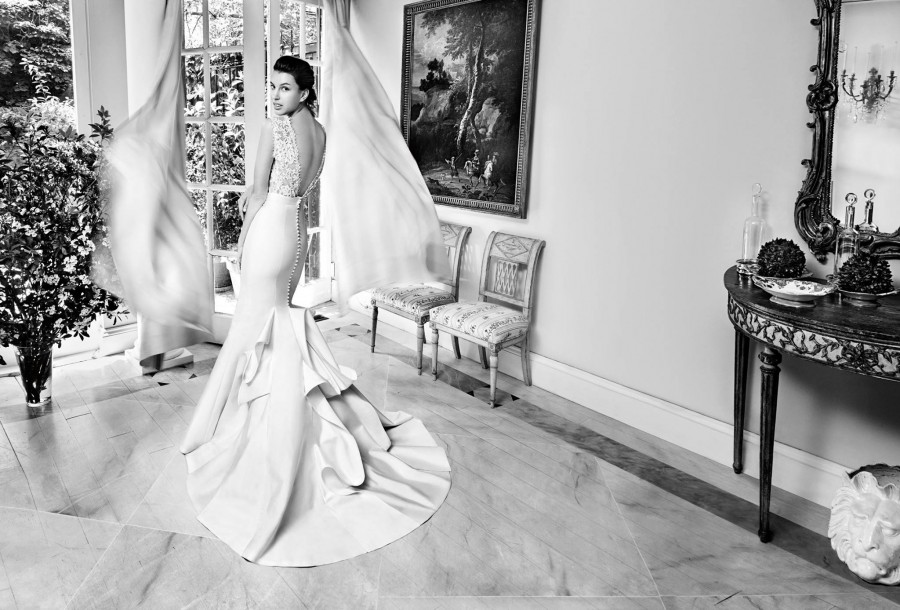 In celebration of her extraordinary fashion career, Carolina Herrera has been honored on many occasions. Most recently, she was named the Style Awards Designer of the Year and was the recipient of Fashion Group International’s Superstar award in 2012, as well as international recognition with Spain’s Gold Medal for Merit in the Fine Arts.

Aside from her stature as an acclaimed designer, Carolina Herrera is committed to philanthropic causes globally. She serves as ambassador for the American Cancer Society and the Intergovernmental Institution in the fight against malnutrition.